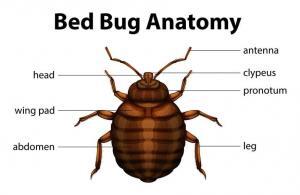 Researchers recently published findings stating that bedbugs like certain colors over others. The latest findings show that the darker tints or colors are much more attractive to bed bugs then lighter shades. This of course makes great sense because bed bugs typically are not fast, they don’t fly, they don’t jump but they are really very good at hiding. In fact they are not only good at hiding it can probably be said that that is their best survival skill they have. Now research on bed bug traps from several years ago showed that the darker the trap the greater the catch. We recommend the blackout bedbug trap over the white climb ups because research showed that that had a 30% better catch rate over their paler cousin. Trapping of course is not the best method to eliminate bedbugs or to control bedbugs in your home but early detection is paramount and dark colored traps are best suited to capturing migrating bed bugs and giving you an early warning of their presence.

In a Study presented by the Journal of Medical Entomology published April 25, 2016

“In addition to pheromones, color is also an important clue that hematophagous insects use to seek shelter (Green and Cosens 1983, Steverding and Troscianko 2004). These authors showed that traps with a blue exterior and black and red interior were very effective at attracting and optimizing tsetse fly trap captures.

Early studies by Aboul-Nasr and Erakey (1969) have documented that the common bed bug is able to distinguish between different wavelengths of light. Short-wavelength colors such as violet (hematoxylin 0.005% solution) and bluish-green (fast green 0.001%) were preferred compared with the other colors tested. Red (eosin 5%) had attractive qualities, while yellow (Bouin’s solution) appeared to be the least attractive. More recent studies by Singh et al. (2015) have also shown that aggregations of specifically adult male bed bugs and third–fifth-instar bed bugs prefer black and red harborages compared with other tested colors.”

How To Tell If You Have Bed Bugs

So these tests show that specifically black and red harborage is their preferred coloration and no wonder. The coloration of a bed bug is so similar that determining the presence of these insects in these areas makes it much more difficult to find them. So realizing that 30% of the population shows no reaction to the bite of the bed bug, and that typically people do not realize they have these insects in their home until after the second or third month, the best way to tell if you have bed bugs is by utilizing traps that are either red or black in color. These traps can be placed by radiators, the front door, in the bedroom, under the feet of furniture, as well as other locations to give you an early warning system that will alert you to the presence of these vampire insects. You can contact us and we will be happy to drop ship you as many traps as you need for your protection. The units that we recommend are as little as six dollars per unit ($6/unit) so not only are they effective but they are affordable as well.

Tags:
No response yet on Color Preferences Of Bed Bugs

This Site Is Protected By
Shield →
We use cookies to ensure that we give you the best experience on our website. If you continue to use this site we will assume that you are happy with it.OkPrivacy policy